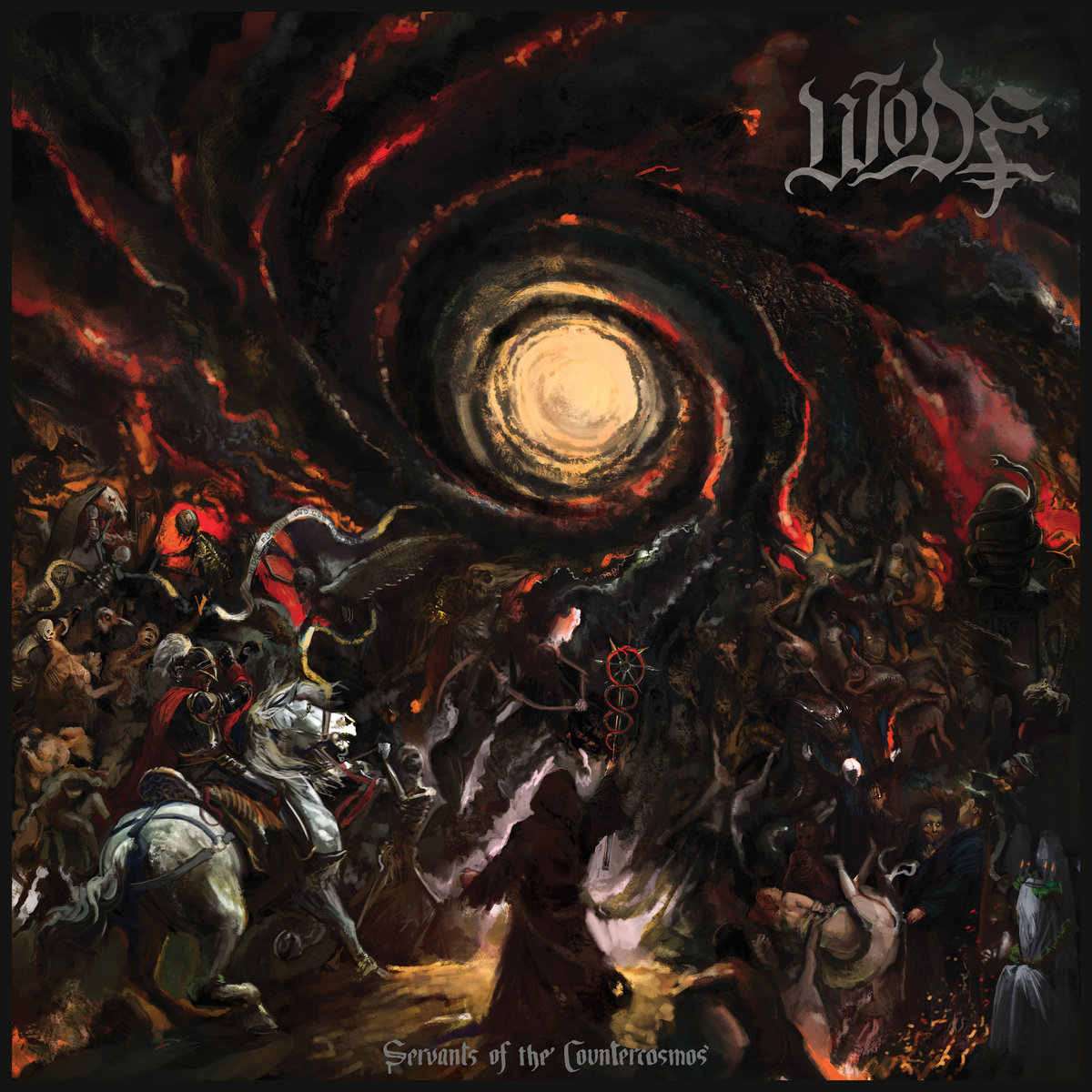 Wode – Servants of the Countercosmos (Released May 23, 2017 – Avantgarde Music)

Quicker to the point than their 2016 self-titled debut, Servants of the Countercosmos is more refined and shows a quick maturing from Wode. I enjoyed Wode last year as Karl Sveinsson and Michael Czerwoniuk’s sludgy and doomy riffs were a breath of fresh air in a black metal scene that continues to lean heavily towards atmospheric but, Wode was off kilter, in a bad way, and failed to win me over.

Servants of the Countercosmos experienced no failure in catching my ear and won me over from the close of the interstellar static which opens Crypt of Creation. The static slowly transitioned into a tumbling dissonant picked section paired with swaggering drums fills which had me oohing and ahhing in seconds. The track dips momentarily as springs into breakneck rattling blast beats and rough tremolos but spirals back upwards with a quick solo breaking free of the murk. And the leads, gosh, it was all too much to handle. Feedback seamlessly completes the transition to Celestial Dagger and let me just say: “riffs, fucking riffs.” Sludgy and groovy, light years from oversaturated hipster atmospheric black metal, Wode know how to craft a quality riff and ride a powerful lead. Nearly exiting the realm of black metal Temple Interment kicks off with massive thundering drums and guitars in perfect disgusting harmony, ripping out quick runs and precisions riffs. Easily my favourite track on the album, by the midpoint of the song my blood was boiling and I wanted to tear something apart. The only thing missing were bright leads as the track delved deeper into sludge with the bass line causing the very ground to quake before suddenly ceasing and allowing the guitars to make a pocket of space from which a bizarre (in the best way) Slayer type solo sprang forth to whip around in contorted musical shapes. A final disgusting ‘yeah’ and pound of drums closed the front half of the album. 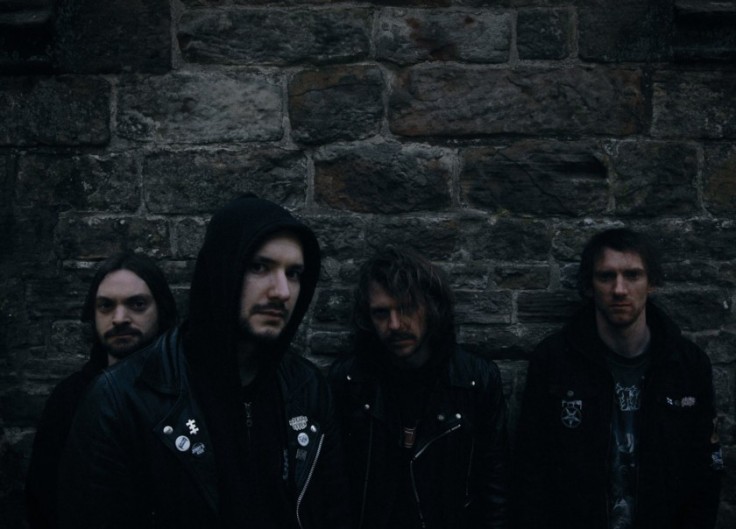 Rising from the momentary silence is the titular track. The riffs continue in their distorted and angular manner but only for a moment as a restrained lead broke free and played with the drums for a moment. I love how this album is mixed; over my right ear tremolos spear outwards while everywhere else the drums and vocals create a powerful wall of sound. The titled track is peppered with tasty solos, the quickness of them leaves you wanting more each time. NWOBHM influences, which were so prominent on Wode’s debut, finally rear their beautiful head as the closing leads would not have been out of place on a seminal Iron Maiden or Judas Priest recording. The longest track on the album, Chaos Spell, contains every bit of influence Wode pulls from. For every ounce of sludge and straight metal this record contains there is an equal helping of pure 90s Norwegian bleakness and blackness. Midway through the track the drums take a moment and the track opens, not harsh, just playful, the drums keep simple time and the guitars take a break and you are left appreciating everything you have heard thus far. Even with guitar leads taking over the back half of the track the drums continue to shine with the brilliant individuality Tim Horrocks brings to the skins. Just as interesting as the guitars the drums are more than a metronome and provide just as much feeling as the rangy lead like solos. The closing tremolos and rattling drums of Chaos Spell fade into the subtly picked acoustic guitar of Undoing. A voiceless dirge to close the album, a single guitar takes hold and captures attention with long held notes like question marks which fade into nothing without an answer.