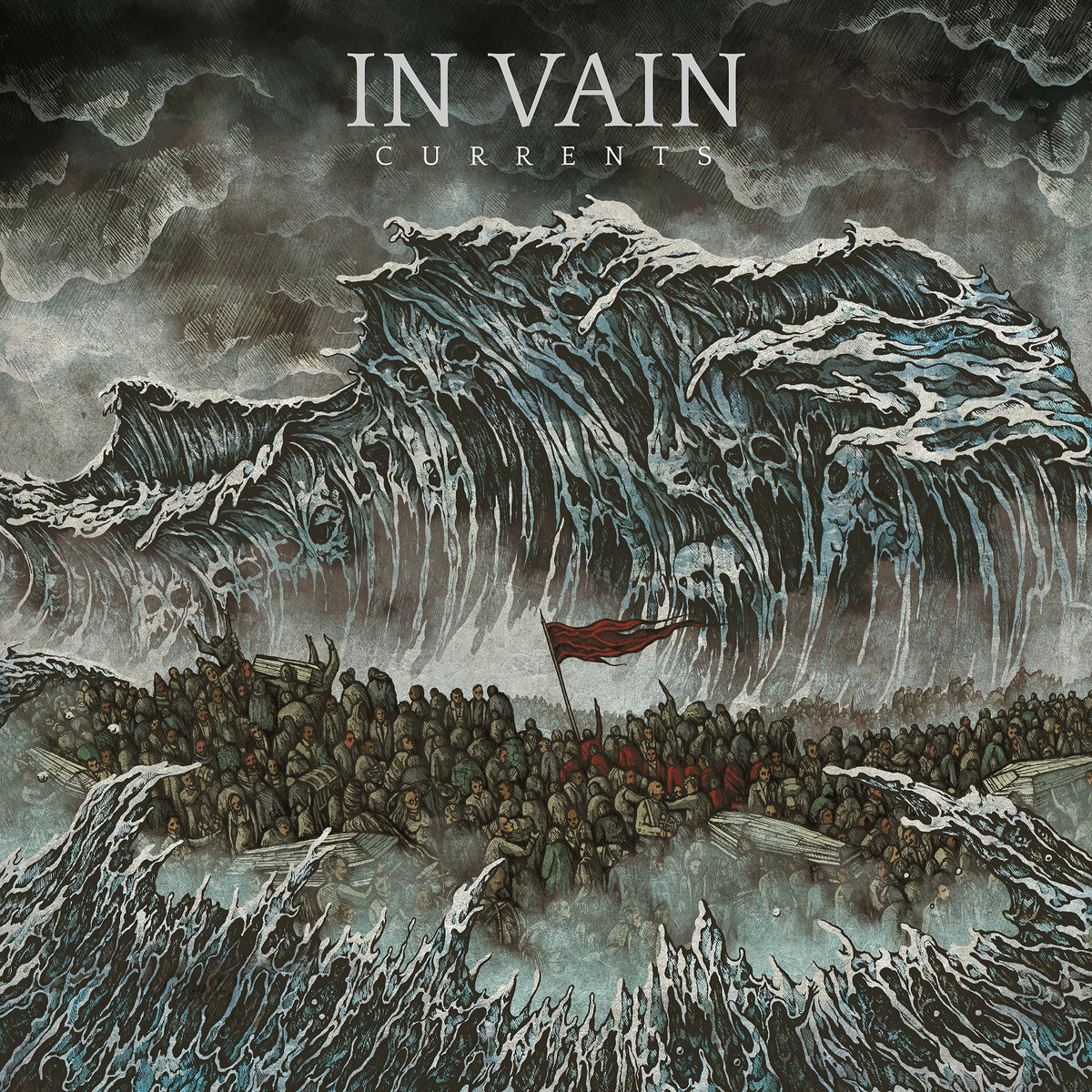 Throughout Currents, In Vain get swept up in attempts to stay true to their sound while experimenting. The experimentation is the most exciting part of the album and when they return to their tried and true sound is where things go off the rails.

This experimentation is immediately brought to the forefront of the album as the opening track, Seekers of Truth, kicks off with a blistering riff that could have been pulled from Lamb of God’s most deadly days. As expected though, In Vain return to their core sound with melodic elements and some power metal sprinkled through for good measure.

The rest of the album follows much of the same formula: Soul Adventurer mixes some Blind Guardian power metal in and Blood We Shed adds some dissonant chugging in. En forgangen tid (Time of Yore Pt. II) hit the harsh vocals with clean vocals on top. This track feels like In Vain are trying to develop a big feeling, but it gets lost as the riffs are too slow and nothing builds. The solos though are a saving grace, even with the plodding riffs of Time of Yore Pt. II the solo is able to break away. The same is true for Standing on Ground of Mammoths as it closes the album with a super chill solo.

One of the highlights was As the Black Horde Storms. It began very death metal, in your face and unexpected, jumping out from the quiet reaches of the song. The vocals are reminiscent of Visigoth but, again, In Vain cannot commit to a single experiment, they have their formula and always return to it.

If In Vain could have fully committed to a single idea this album would have been better off for it. Instead, we are left with track after track of great promise, each of which refusing to live up to what they could.